Why Your Brand Needs Stipple

END_OF_DOCUMENT_TOKEN_TO_BE_REPLACED 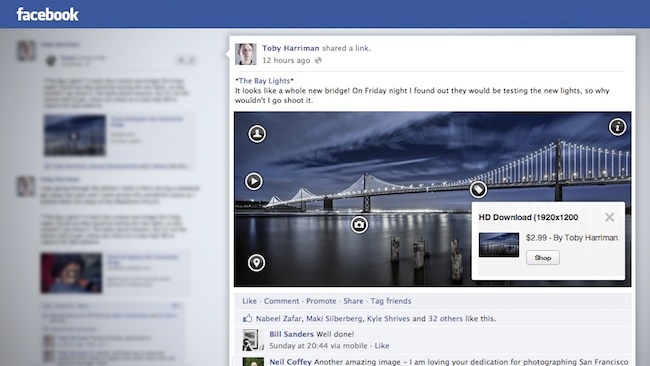 Read Why Your Brand Needs Stipple

Why Your Brand Needs Stipple

Take Back Your Brand's Photos Most brands have hundreds, if not thousands, of product images on their websites. And those images get reused, re-blogged, re-tweeted and re-posted by hundreds of other sites and users around the internet every day. So that's good, right? Well, not really. While it's great for awareness around a product, tracking those photos becomes extremely difficult, not to mention the fact that carefully crafted marketing messages that live on a brand's site are nowhere to be found when those images find themselves elsewhere. That's where Stipple comes in. [caption id="attachment_8679" align="aligncenter" width="650" caption="Stipple Allows Brands to Share Interactive Images.                                                                     Image source: Stipple.com"][/caption]  Tag, Share, Track, Repeat Stipple believes they have solved that issue by allowing everyone from brands and merchants to bloggers and photographers to place interactive, trackable tags on all of their imagery. Now, when those images are pulled onto other sites (social sites included), they will be embedded with everything from videos to e-commerce tags to make purchases directly. For more on Stipple, check out the video below.  Game Changer? Will "smarter" photos have the ability to make imagery the future of social commerce? Is Stipple the solution that marketers have been looking for when  trying to measure the effectiveness of their content sharing? We'd love to hear your take. Sound off in the comment section below. 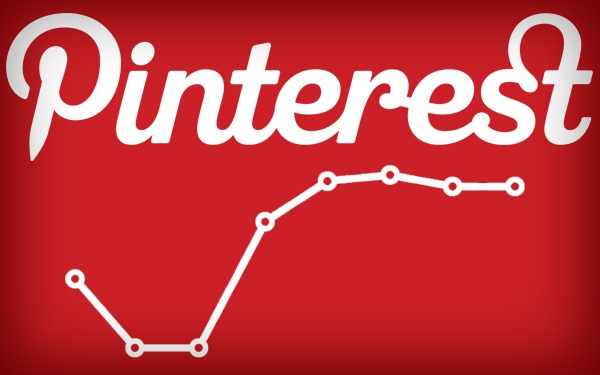 As the fastest growing social network and third in the ranks among Facebook and Twitter (according to ExperianMarketing Services), marketers have recognized the value in Pinterest as a channel that allows brands to cultivate their personality based on an engaging and visual interface filled with dynamic content. BUT, until now, it was hard to pin down (yes that was a pun), the business implications of this interaction. Tuesday's Pinterest Analytics announcement should not have come as a shock since the announcement marks Pinterests' already apparent shift toward monetization and fulfills their promise to businesses late last year that they would introduce data analytics tools for companies to track Pinterest traffic. The new tool allows brands to track how many people have pinned from content that originated on their site, how many people have seen these pins, and how many people visited their site from Pinterest. Also, the new metrics allow site owners to track total impressions and reach on the network. At the most basic level, this is exciting news for brands and marketers alike because we now have the capability to measure engagement and derive business value with a free, reliable tool. However, the advent of Pinterest Analytics raises a number of questions for brands, primarily around advertising and API integration. Pinterest relayed to TechCrunch that currently they are simply seeking to help pinners see what content is resonating best on Pinterest and have no plans to charge. While this may be true, this move certainly lays the foundation for the network to generate revenue at some point in the future. The social network does not currently have paid ads, but is exploring a potential advertising system. Additionally, they are working with businesses to learn how Pinterest can result in sales of merchandise, another potential revenue source for the site. The even more pressing question relates to Pinterest's API or the lack there of (publically at least).  It seems to be taking lessons from Twitter and avoiding the mass chaos Twitter's open API caused. While Pinterest notes it is too early to identify how they will roll out this API, but we predict Pinterest will leverage it as a revenue generator in order to maintain the ability to better control how the data is being used. To that end, Pinterest itself hasn't defined how it wants third parties to use its data, said Forrester analyst Zach Hofer-Shall. Many third-party sites like Curalate, Pinfluencer, Pinreach, etc. emerged to fill the analytics gap but may now have to reengineer their offerings to stay viable contenders in the measurement game. Until then, Pinterest engagement still remains a fairly cloudy ROI. The final unanswered question may truly be: when will Twitter get on the analytics bandwagon? What do you think? Where does the future of social analytics tools lie?