The Privilege of Taking Risks

END_OF_DOCUMENT_TOKEN_TO_BE_REPLACED

The Privilege of Taking Risks

Last Thursday’s MITX Influence(her) panel, Why It’s Worth Taking Risks, was a platform for an enriching two-way conversation between the audience and four esteemed women who have taken risks in their careers – risks that have propelled them forward in their journey of professional success. 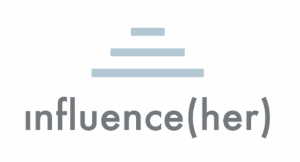 The discussion was almost entirely centered on “knowing that the world won’t end if you take a risk,” “going for it,” and “doing what will be most fun”—which was great. It was encouraging to learn that risk taking as it relates to your career sometimes has a huge, often unforeseeable payoff. It really was. Sitting in the audience as a 22 year old woman starting my career—learning that there’s power in making the decision to take a risk—it really, really, really was!

But, something important was missing from the discussion—until Ellen Chisa, VP of Product at Lola Travel Company was prompted to speak on her notion of “the privilege of taking risks.” She only spoke to this notion briefly, and although her discussion of it lasted probably less than 5% of the total length of the panel, I found it to be the most valuable and upsettingly almost-missed key takeaway.

You may be trying to connect the dots right now, figuring out how taking risks is linked to privilege. Let me put it this way: while the world may not end if taking a risk doesn’t pan out particularly well, for some people who lack the security and comfort of guaranteed support it may as well. Ellen attributed things like financial security, which allowed her to take risks as large as quitting a coveted position at Microsoft as a recent graduate and more recently dropping out of Harvard Business School, to particular circumstances like not having the burden of student debt thanks to a free-ride during undergrad.

Other marks of privilege in addition to financial security include economic mobility, emotional support, and societal acceptance. Without at least one or all of these things, taking a career risk suddenly becomes a lot more difficult to justify. And in a society where systematically oppressed groups are more likely to lack these pillars of privilege, that justification becomes even harder to provide. How can you justify forfeiting the security of a job that makes you miserable for the unknown outcome of starting your own business when your family is relying on you to pay rent? Sometimes you physically cannot afford to take a risk, even if it is the most foreseeably beneficial thing to do.

Ellen closed out her brief, but important discussion of the privilege of taking risks by saying “Don’t ever judge someone who appears not to be taking risks to better their career, for you never truly know if they are in a position to do so.”

So, yes, I think it’s great to have a go-getter mentality; to seek out and create opportunities for yourself, to go for them with everything you’ve got. I’m all for it. But I also think it’s important not to discuss taking risks without sufficiently addressing the reality that not everyone is in a position to take one. It’s not only important to understand this reality, but also to encourage the privileged population to supplement those missing pillars of support for others lacking privilege in any way they can, even if it’s just a “Hey, I believe in you.”

AMP Agency, a division of Advantage Solutions, has named Michael Mish president. Mish, who joined AMP Agency in 2012, most recently served as SVP, general manager and previously as SVP of business development. As president, Mish is responsible for agency operations, strategy and growth, including strategic acquisitions. Under Mish’s leadership, the agency has experienced consistent year-over-year growth on a national and now global scale. “AMP’s growth is in large part attributable to Michael’s focus on shifting to strategic relationships and evolving AMP’s capabilities to meet the changing needs of clients,” said AMP Agency Founder and CEO Gary Colen. “Michael has specifically focused on the demand for top-tier, growth-focused digital media services, experience design, dynamic creative, data science and advanced analytics.” Mish serves on Advantage's DE&I board, which is supporting a multiyear diversity, equity and inclusion strategy that includes the establishment of employee resource groups, training programs, talent benchmarks and policy recommendations. Working with other senior executive leaders, Mish is focused on developing a positive culture and recruiting diverse talent to the company. “Improving DE&I within the marketing and advertising industry is nothing new,” Mish said. “As a Hispanic leader from humble beginnings, I recognize the need to create opportunities within and outside of our agency. “I want to be part of the change in the industry. At AMP, our core values are Openness, Empathy and Growth. Our leadership team is focused on developing an inclusive culture and recruiting multicultural talent. Not only is it the right thing to do, but diversity of thought and experience will drive breakthrough work for our clients, increase innovation and accelerate our momentum.” Last year, AMP established a Diversity, Equity and Inclusion committee and developed a pro-bono program, setting a goal of dedicating up to 10% of annual billable hours to support organizations led or owned by Black, Latinx, LGBTQIA+ people or people impacted by disabilities. “We decided our role in solving inequalities is to focus our intellectual capital on growing businesses that support these communities,” Mish said. “When Michael joined AMP, he immediately drove value for the agency and our clients and has always stood out as an innovative and strategic leader,” Colen said. “The larger vision for the agency has consistently been at the forefront of his contributions. I’ve always looked to Michael for opportunities to lead and guide the agency, given his proven marketing genius and passion for growing our clients’ brands with breakthrough work and for growing our people. In his new role as president, I know he will combine these areas of focus to continue to elevate our agency and our people for our clients.” Mish has had an amazing journey here at AMP! View this video to learn more:   Congratulations, Mish! READ THE NEWS:  https://www.adweek.com/agencyspy/amp-agency-elevates-michael-mish-to-president/173862/

This fall, AMP is kicking off its first ever DE&I challenge! We're playing bingo all month long and we invite you to join us. There’s gonna be bingo, there’s gonna be prizes, there’s gonna be education we can use to make our workplace and the world more equitable and inclusive. Get ready to celebrate diversity *and* simultaneously compete with your fellow AMPers for some awesome grand prizes. To play, screenshot the bingo card template in our Fall 2021 DE&I Challenge highlight on our Instagram page, and re-share it to your Instagram Story as you complete challenges. Tag us in pics of you completing challenges for a chance to be featured in our Highlight reel! For recommendations and resources, view our Instagram page and click the link in bio to view the resource list. LINKS: Instagram: https://www.instagram.com/amp_agency/ Resource list: https://linktr.ee/ampagency We encourage our industry peers to join us in taking on the challenge!

Reels vs. TikTok 2021: The Social Showdown