4 Ways Brand Can Win on Snapchat

END_OF_DOCUMENT_TOKEN_TO_BE_REPLACED 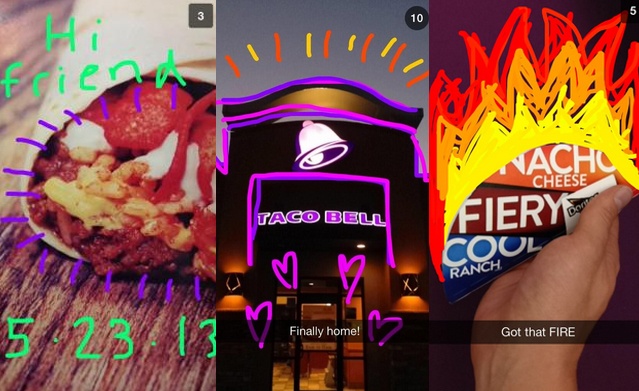 4 Ways Brand Can Win on Snapchat

Snapchat wasn’t built for brands, and it barely behaves like a typical social platform. Whereas Facebook and Instagram are highly polished, edited, and require labor intensive content development, Snapchat is raw, candid, and in-the-moment. Snapchat offers a fair share of challenges for brands looking to jump on the platform, but in return, it offers a level of intimacy no other platform can deliver. What you lose in sharing high-quality content, you gain in perceived spontaneity and creativity. People aren’t looking for perfection on Snapchat – they’re looking for clever, entertaining, and exciting content that feels special because it was created specifically for them. So embrace the doodles, the messiness and offer the spontaneity and access fans are looking for. Here are 4 tips for how brands can win on Snapchat 1.Social Exclusives Provide special content that fans can only find on the Snapchat platform, whether behind the scenes shots, shareable or engaging content. Best-in-class Example: As one of the first brands to make a successful play on Snapchat, Taco Bell has kept its best-in-class status by handing over the keys to its account to a dedicated in-house team of two, twenty-somethings who craft content specifically for the “Stories” section of the platform three times a week. Offering a mix of real-time and more thought-out content, Snapchat has emerged as the most engaging platform for the brand. 2.Product Launches Leverage Snapchat to provide new product previews to get fans excited. Best-in-class Example: McDonald’s made a big splash when it launched on Snapchat by partnering with LeBron James to announce the new Bacon Clubhouse Sandwich. And they haven’t stopped there – from first reveals (think all day breakfast) to special chances to win, celebrity appearances to branded filters, McDonald’s keeps fans engaged and entertained.3. Special Offers Reward your fan base or brand advocates by introducing offers through Snapchat Stories. Best-in-class Example: GrubHub surprises followers with a discount offer to be used on their next order. The catch – fans must watch the full story as pieces of pizza are eaten up to reveal the special code. 4. Contests Implement short-lived opportunities to win (think “today only!”) that take advantage of the fast pace of the platform and force fans to take immediate action. Best-in-class Example: Sephora was one of the first brands to use Snapchat for promotion, launching its Snapchat in fall of 2014. In the sweepstakes below, followers are encouraged to add the brad on Snapchat, take a picture of themselves and draw fake eyebrows on the photo through the app's doodle feature. The picture would then be sent to Sephora's Snapchat account and then uploaded to their Instagram using the hashtag #SephoraSnapsSweeps. Winners were picked at random and received a $500 gift card to Sephora. TLDR: The golden rule to developing branded content on Snapchat is to create content unique to the platform and give fans a reason to engage. Have you seen great examples of brands on Snapchat? Share in the comments section below.

A Few Predictions for the Social Media Landscape in 2016

2015 has been a big year for social media ' Facebook announced new video experiences, Instagram opened up its long-exclusive ad platform and Snapchat launched its 'Discover'? feature to name a few. So, what can we expect to see next? Here's a few trends we're expecting to see impact the social space in 2016. 1. Everything, LIVE! Live-streaming and live social are becoming an obsession and it only appears to be gaining momentum as we head into the next year. From Periscope to Meerkat, Facebook Live to Kanvas, brands will be challenged to find innovative and engaging ways to use these apps to deliver 'in-the-moment' content. Not ready for live-streaming yet? Invest in video in general. While not a new trend or recommendation, if you're not producing short-form, easily digestible video content for social yet you're missing out on a whole world of social engagement. Especially when you consider that: Videos average 62% more engagement than photos Video shares have increased 43% since the beginning of 2015 Facebook recently announced it sees an average of eight BILLION video views a day from 500 million people 2. Influencer Impact People have been talking for a while about the impact online reviews and comments (even from strangers) have on consumer purchase intent. But now, instead of automatically heading to Google to type in your latest query, you can go to YouTube, Pinterest, Facebook and more for advice and opinions. In fact, a Pinterest study done earlier this year reported that 87% of respondents claimed Pinterest helped them decide what to purchase. Make the most of this by sharing special offers, social-exclusive discounts, and reviews and testimonials from customers (or social media influencers) that provide real feedback and authentic content, over glossy ads. 3. Social Commerce With a number of platforms rolling out 'Buy'? buttons, attention is being put towards making the mobile and social commerce process seamless. However, transitioning users scrolling through engagement announcements and memes to purchasers will likely prove more difficult. In fact, according to Custora, whose software is used by many big-name retailers, sites such as Facebook, Pinterest, Twitter and Instagram drove a meager 1.7% of total online sales this Black Friday (compared to 25% of online orders from e-mail promotions). That said, there are definitely social commerce opportunities to be had and it's likely we'll see the major platforms experimenting with various executions over the course of 2016. 4. Key Players Here to Stay Remember the app Yo? It let you send a message to friends that literally just read 'Yo.'? Nothing else. Sounds ridiculous, right? But it blew up, gaining momentum and national attention on a huge scale before a just as quick crash and burn. In the last few years there have been a number of new platforms like Yo that emerge and either die off quickly or skyrocket to popularity before being bought up by one of the bigger players (think WhatsApp which was purchased by Facebook in late 2014). In 2016 though, as Facebook, Twitter, LinkedIn and Google focus on innovations, new offerings and expanded capabilities, it's likely the focus will be on the established big players figuring out how to gain new users versus emerging opportunities.