END_OF_DOCUMENT_TOKEN_TO_BE_REPLACED

As consumers continue to buy online, retailers are under more and more pressure to refine their sites to convert to sales. However, the average conversion rate for most e-comm sites is still hovering around the 3-4% mark globally. While there are a myriad of reasons of why someone would leave your site before buying, one of the main causes is usually attributed to not delivering the product information they were seeking. This can be solved through optimizing your product pages with more in-depth information, such as images, videos, and consumer reviews. Given that updating an e-comm site to add this content usually requires integration between the UX, creative, development and marketing departments, it can take a while to get changes made. Enter Flixmedia, a UK-based company who is the leader in product page optimization*. Flixmedia has made it easy for retailers to quickly add in enhanced product information to their site pages. Using existing assets, they are able to seamlessly incorporate product imagery and videos into the product page. They also use innovative technology in their dynamic hotspots, giving consumers an opportunity to interact with the product. Why are we so obsessed with Flixmedia? Because they produce results. Adding interactive hotspots has resulted in increasing conversion rates by 28%. Adding imagery and videos to product pages has grown Add to Cart rates by an average of 23%. Don’t spend all that time and money driving traffic to a site that doesn’t convert. Optimize your product pages to give consumers the information they are looking for and leave that 3-4% in the dust. *Full disclosure: Flixmedia is owned by our same parent company, Advantage Solutions 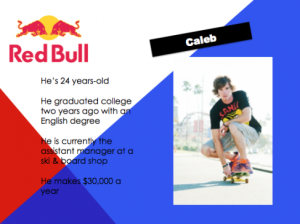 Last week a friend of mine sent me the daily deal from LivingSocial ' one of the many daily deal websites I'm already signed up for ' which offered consumers a $20 Amazon gift card for $10. For those living under a rock, LivingSocial ' like Groupon ' specializes in daily deals where users are able to sign up for discounts at their local businesses which typically range 50-75% off normal prices. Groupon did something similar this past August when they partnered with Gap offering $50 of apparel for $25. Consumers all over ' including myself ' took advantage of this great nationwide deal that ended up selling 441,000 in a single day generating $11 million in sales. Now that's a good chunk of change for one day! On January 19th LivingSocial took this same marketing approach when it featured a deal for Amazon. Funny thing is ' it didn't come from Amazon, despite the e-marketplace's $175 million investment into LivingSocial last month. Yes this 24 hour deal that sold over 1.3 million cards came from none other than LivingSocial themselves. What's more is if you got three new customers to purchase the limited-time special, you got yours for free! WHAT!? Crazy, right? Why would a company want to lose money and pay out of their pocket? While LivingSocial may not have generated large sales on this deal, that doesn't mean they weren't able to profit. The deal ' that operated in 170 markets ' introduced thousands of consumers to LivingSocial. The result ' not only does this raise brand awareness in the daily deal space, but also helps grow a subscriber following who will become customers of their local daily deals. Although I did not partake in this deal ' looking back I should have ' I couldn't help but notice the buzz surrounding it. Not only were my friends and co-workers talking about it, but it's all I saw on my Facebook newsfeed! People were posting the deal like crazy! Despite the fact that I didn't purchase this deal, I did go ahead to send it to numerous friends and family members who I knew would be all over it. And guess what? They purchased it and forwarded on to their friends and family. The deal generated so much hype that it even became a top trending topic on Twitter. '?¦Now that's good word of mouth!