AMPers with Awesome Side Projects

END_OF_DOCUMENT_TOKEN_TO_BE_REPLACED 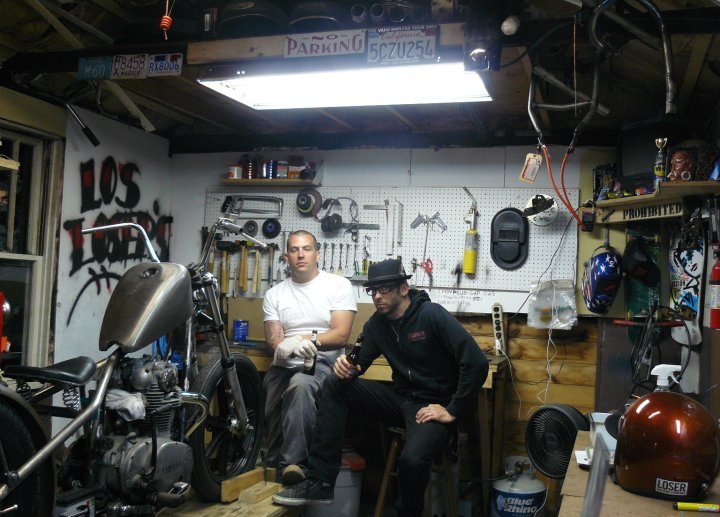 AMPers with Awesome Side Projects

Meet two AMPers with some pretty fantastic interests. Phil Ostermann: Event Operations, AMP Agency by Day, Punk-Rock Motorcycle Mad Man by Night Phil is all about figuring out how things work and making them better. At AMP, he helps clients turn the mundane into the extraordinary, and he does the same outside of work. Phil has a passion for transforming old, beat-up motorcycles into cool, vintage bobber bikes. Each weekend, Phil and his cousin-in-law escape to the Prohibited Garage Company, aka Phil's garage, to turn broken down bikes into show-worthy vehicles'all for the fun of it. Think a poor man's version of American Chopper. Phil says, 'My place is called Prohibited Garage Company, but let me make this straight: we're not a real business. The "company" in my shop's name refers to the guests who visit us, like neighbors or relatives. They're the company we keep.'? Learn more about Prohibited Garage Co. on Chop Cult or Facebook page. Greg Faucher: Search Guru Meets Indie Dance Rocker Greg Faucher, Search Account Supervisor, marches to the beat of his own drum, literally. When he's not knee deep in keywords, he's rocking out. Since the age of 12, Greg has been playing the drums. (SEO became an interest later in life). Currently, he plays for an Indie dance rock group called Animal Talk. His band has quite the following in the Northeast'listed as the 'Hot Indie Rock'? group by Stuff Magazine's Hot 100 and Phoenix Magazine's 'Bands to Watch in 2012.' Check out Greg's feature in Modern Drummer Magazine, where he says, 'Music inspires the sh** out of me. It's art you can actually hear and feel. Sometimes it's so good you wish you could take a bite, too. It's that kind of inspiration that causes me to make weird faces. It's like my body can't handle it.'? Animal Talk recently played at the KahBang festival with national acts such as Bassnectar, Deftones, Wale, Reptar, and Bad Rabbits and has opened for major acts such as Young the Giant. They are currently in the studio recording their second release. Learn more about Animal Talk at www.animaltalkmusic.com. Meet more of the fun folks at AMP Agency by visiting https://www.ampagency.com/about/meet-amp.