END_OF_DOCUMENT_TOKEN_TO_BE_REPLACED

As a kid dressed as the latest Disney character costume or in classic scary attire, you knew which houses had the best candy and which houses were not worth lugging your pillow case down the driveway. In a way, it was your own scientific approach to Trick or Treating.

But, imagine if there was a more scientific, proven method to finding the best candy and getting more of it. This Halloween, one trick-or-treater asked that exact question. His data scientist dad, Zeeshan-ul-hassan Usmani, Founder and CTO of predictify.me, with the help of AMP Agency, uncovered the answer.

The mad Data Scientist approach consisted of the following steps: 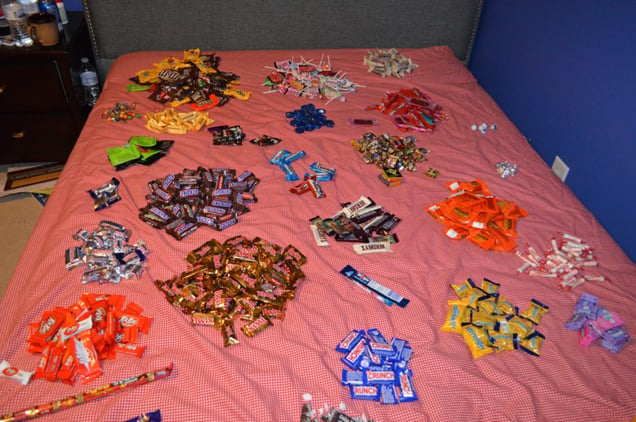 What Did We Find?

There is an optimal route for trick-or-treating.

Out of 117 houses surveyed, 32 houses (27%) did not participate in Halloween. Usmani's son now has the data to lead his friends on the optimal trick-or-treating route in 2015. 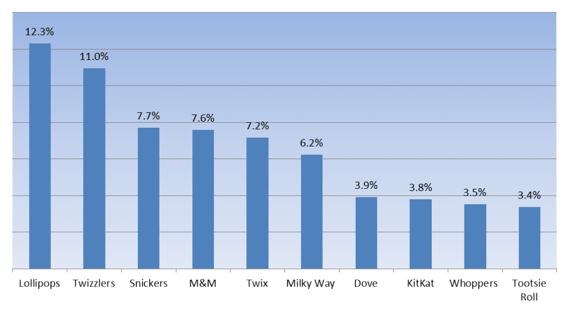 The top choice for Halloween treats among the surveyed group was lollipops (making up to 12.3% of all the treats), followed by Twizzlers, Snickers, M&M, Twix, Milky Way, Dove, Kit Kat, Whoppers and Tootsie Roll (with only 3.4%).

Pay careful attention to who is giving you the candy.

If the household consists of a woman between 41-to-50 years old and a man between 51-to-60 years old, there is 100% chance that you will get a treat. It dramatically reduces down to 25% if the woman is 51 years+ and the man is 60 years+. Similarly, if either of the household residents is 71 years+, you are less likely to get any treats.

What does this mean for brands?

Halloween is no joke. According to National Retail Federation,  Halloween is the second largest retail holiday behind Christmas:

For brands, this type of treat-or-treat predictive analysis could help inform a more efficient, effective media spend during the holiday in addition a compelling Halloween messaging strategy for 2015.

If the next five years looked like the last five, decisions would be easy.  But that's neither real nor accurate.  Predictify.me's proprietary HourGlass engine mashes massive amounts of data into a fully interactive simulation environment that allows you to test drive the future, with confidence

Welcome to the AMPlifier – a spotlight on the latest and greatest industry updates. Whether you want to learn more about this week’s marketing trends, the newest updates to your favorite social media platforms, or simply what meme is currently taking the internet by storm, then read on. You never know what you might learn. TWITTER RE-LAUNCHES TEST OF WARNINGS ON POTENTIALLY HARMFUL TWEET REPLIES Twitter is now re-launching the alerts, with a new format, and further explanation as to why each reply has been flagged. Read more CLUBHOUSE FACES NEW SECURITY QUESTIONS AFTER SIGNIFICANT DATA BREACH The latest comes as a result of hackers gaining access to Clubhouse audio, and re-recording that data into third-party streams. Read more 15 TIKTOK TIPS TO MAXIMIZE YOUR BRANDED CONTENT EFFORTS This overview of tips from the team at Socialtyze covers everything from choosing topics to user demographics to hashtags on the platform. Read more That’s a wrap on this week’s feed. Stay tuned to see what happens next.

AMP Agency took home 4 awards last night at the 60th annual Hatch awards that celebrates creative excellence in New England. AMP won bronze awards for the below work: “Eastern Bank’s Color & Capital for Good closing Boston’s wealth Gap” Work for Good Category “Facebook’s Gaming Just Like Us” Film Category “Stop & Shop’s On Your Terms”Design Category AMP also won a Merit award for work done with RXBAR.  Be sure to check out AMP’s article featured in the Boston Globe that looks at the virtual realities of advertising and how flexibility led to a creative growth spurt in marketing in 2020.