Creation in the Time of Quarantine

END_OF_DOCUMENT_TOKEN_TO_BE_REPLACED 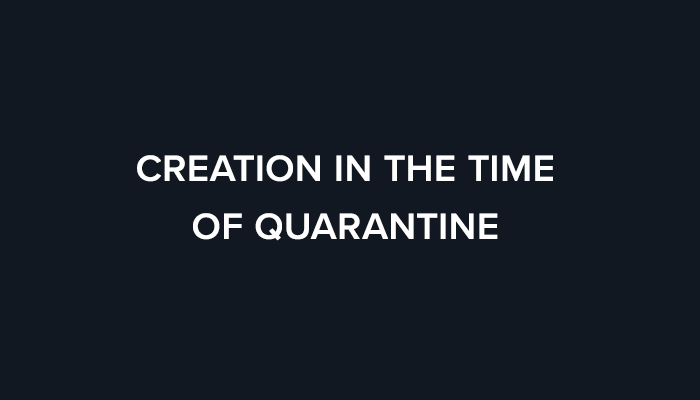 Read Creation in the Time of Quarantine

Creation in the Time of Quarantine

Making adjustments during a shoot is nothing new. Weather occasionally doesn’t permit. Scripts require rewrites. Talent informs you that being in front of a camera makes them uncomfortable and visibly sweaty. One time, years ago, we couldn’t find a sound guy because he had wandered off into the woods collecting bird calls. Creative teams pride themselves on rolling with such punches, parrying potential knock out blows in order to capture what’s been painstakingly storyboarded. More than a few months ago, AMP was awarded the opportunity to create videos explaining what goes into a popular brand of protein bars and butters. Each video would answer questions about ingredients through colorful set pieces designed to inform while entertaining. Everything was going according to schedule. Scripts were approved. Voice talent was cast. Food stylists  saved dates on their calendars. Then COVID-19 changed everything. As dates were pushed back, we set up home offices. As the realities of social distancing became apparent, we fine-tuned storyboards. And as we were beginning to think this wouldn’t happen, we figured out ways that it just might. Instead of unforeseen issues arriving during a shoot, we faced our biggest challenge beforehand. We decided to break it down, to focus on one thing at a time. First, we outlined if and how we could have a shoot while keeping everyone safe. Taking a cue from the protein bars we decided to start with basic ingredients. This meant limiting attendees to essential personnel. The shoot was capped at ten, including a medic whose sole responsibility was to make sure everyone was cleaning their hands, masking their mouths and maintaining their distance. Liz Grant and Anika Dhar represented AMP Agency. In addition to their roles of creative and project manager, both were required to wear several hats and in some instances even act as on-screen talent. After safety was addressed we focused on making sure we were able to capture everything both the creative team and client wanted. This was accomplished by using a live streaming tool, that linked the camera capturing all the video with all parties through several channels. The feed itself had roughly a 30-second delay. Comments would then filter in through AMP Agency members on set to the production team and then be seen on screen moments later. As a creative director being able to watch a feed from my home and have my opinions effect the shoot was nothing short of magical. While this of course makes it all seem like a well-oiled machine, the entire process was a learning one. There were still the usual challenges and hiccups but it was thanks to trying circumstances that we were able to try new things. No solution seemed implausible. The additional time due to the delay allowed us to have many options for every shot, so if something didn’t work we could move on to the next set up. And from a team perspective, the live stream allowed more people to tune and weigh in than we’ve ever been able to do during a standard shoot. This experience will change the way we look at shoots and content creation in the future. Because of live streaming approvals can be given remotely, meaning only those really eager to participate need to be on set. This will limit the number of people fielding emails and increase the number of people who craft what’s in the shot. As odd as it sounds, it seems that being kept apart has helped us find a better way to bring things together in the future.